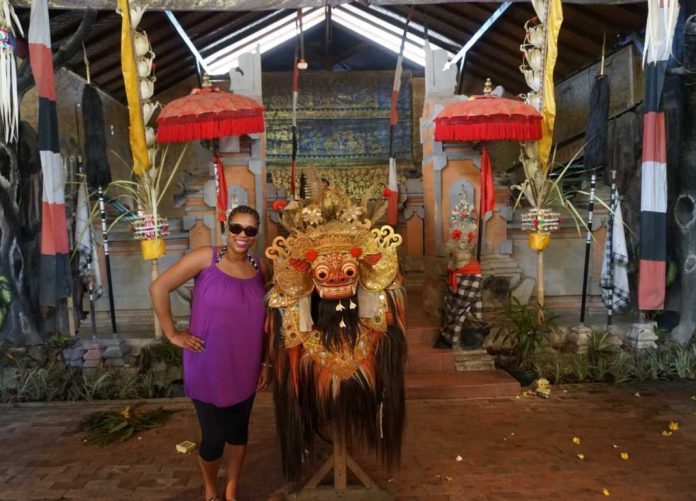 Starting with a musical overtone, the Barong and Keris Dance gets underway

The tiger appears followed by his friend the monkey. Then three dancers appear which represent men making palm wine in the forest. The child of one of the men was killed by the tiger. So, the men attacked the tiger. To the rescue is the monkey. During this battle one of the men had his nose bitten off.

The story continues over the course of five acts.

In the first act, you see the two dancing girls below which represent servants of the Rangda. Their movements are strategic and awkward. Their facial expressions are eerie as they dance in what seems to be a hypnotic trance. They look for servants of Dewi Kunti who’re headed to meet the prime minister. 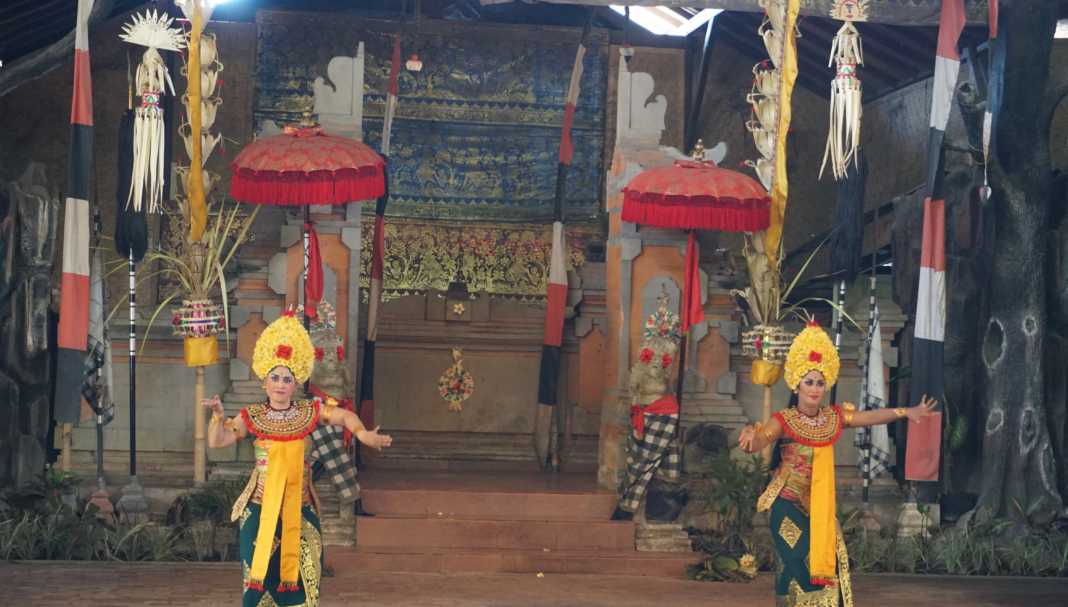 As the second act unravels, the two servants appear. Now, if you’re not paying attention you’ll likely miss the transformation of the girl dancers who morphs into a witch, enters both servants, making them hostile as they meet their prime minister and proceed to Dewi Kunti.

Dewi Kunti and her son appear. She’s promised him as a sacrifice to the Rangda. A witch enters her and she too becomes angry, forcing the prime minister to bring her son into the forest. If you follow the theme, everyone is about to be possessed by the witch. Next, is the prime minister. His possession is so he won’t show pity on the boy who’s now tied to a tree.

In the fourth act (whoa, the ending can’t come quick enough), unbeknownst to all, God appears and gives the boy immortality. When the Rangda appears ready to kill him and eat him up he notices the boy is still alive. After numerous attempts, Rangda (the evil sprit remember) surrenders. After being redeemed by the boy, the Rangda is killed and goes to heaven.

In the final act, one of the servants also asks for redemption but is denied. Filled with anger, she transforms in to a boar and fights the boy. Defeated, she changes in to a bird. Defeated once more, she channels the Rangda and transforms yet again. Wait for it…

The boy mediates and now morphs into…you got it, the Barong! The Rangda with almighty power proves to be too strong so all of the followers of the Barong join in to help with the fight.

Now, in a stranger twist of events, all the men begin stabbing themselves (for real) with knives at the end of the show. You can just see that for yourself. 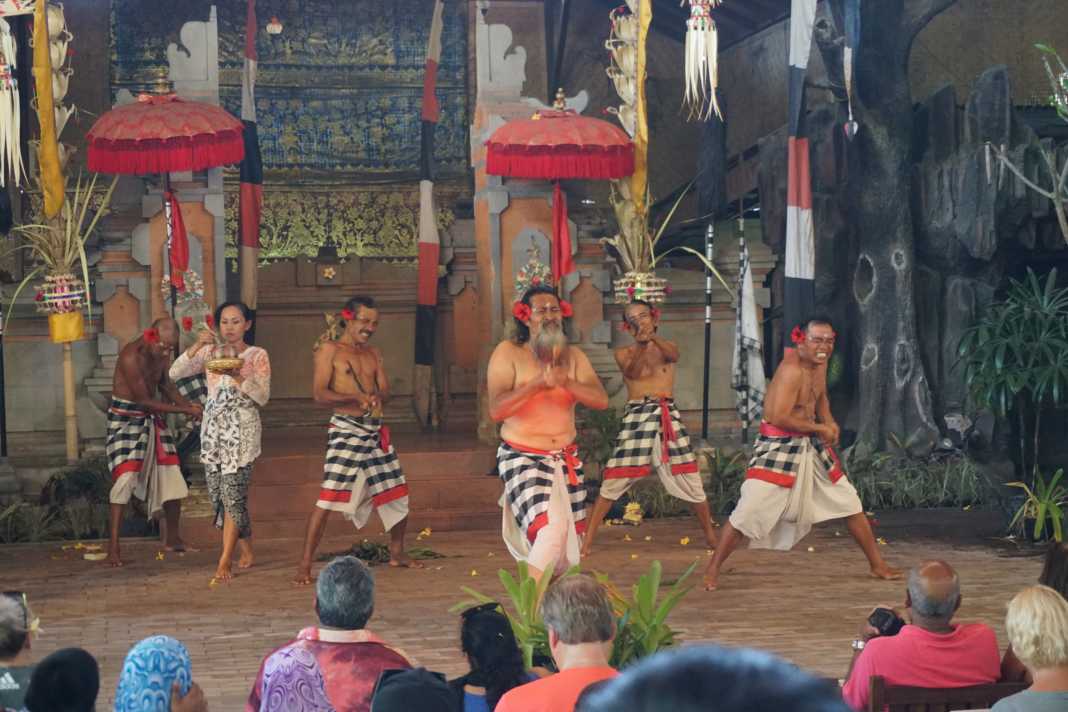 Watch the Barong and Keris Dance and share your thoughts below!