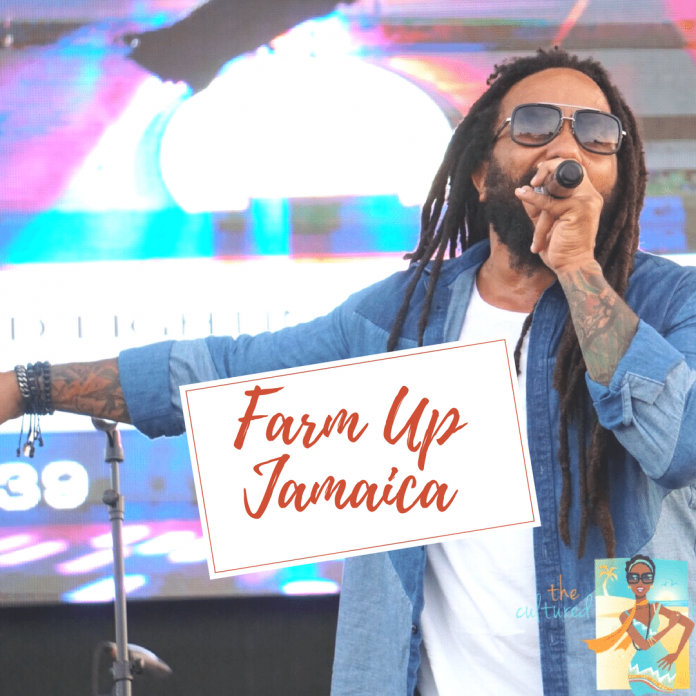 Over the weekend, I watched Ky-Mani Marley perform in South Jamaica, Queens for the first annual Farm Up Jamaica festival.

According to Farm Up Jamaica, most Jamaican farmers are unable to garner success due to the inability to create markets for their crops. It is rather devastating when you think of all the delicious food grown in Jamaica and replicated around the world.

With hopes of driving awareness to the cause, the festival kicked off in high gear with a variety of performances, vendors, and food.

Entry into the festival cost $40 for full access (i.e. farmers market and concerts). However, a number of discounted tickets were in circulation. Farm Up Jamaica was for a good cause. To that end, I won’t harp on the hefty (and variable) entry fees for the end product.

Overall, the event misrepresented a number of things although I don’t believe intentionally.  To start, vendors were not as robust as advertised. In fact, vendors and produce lacked terribly.

The performances were underwhelming as well.

Individuals with general admission bracelets had full access to the same areas as those with the higher priced tickets. So, even if you only paid for access to the farmer’s market (i.e. $10), you were able to stroll right into the concerts without issue. Meanwhile, those who paid $40 or more at the door didn’t have a unique advantage for the variable price points.

Also, some performers took too long on stage while main act(s) rushed. It was disappointing Ky-Mani Marley and others didn’t have much time as the schedule fell behind. I’m not sure logistically what happened, but a lot of time wasted during the early hours and in between acts.

And, there was a speech on Marcus Garvey and his significance to the diaspora that went a bit overboard. Especially when combined with other fillers that ultimately resulted in artists not having adequate time to perform. My final thought related to the musical performances revolves around Lieutenant Stitch who slated to perform but could not because his paperwork wasn’t in order. Yet, one more speech to explain this dilemma.

Farm Up Jamaica has the right idea. However, to better execute start to finish they need more help. As a marketer and influencer, I’d welcome the opportunity to assist Farm Up Jamaica in future planning to achieve success should they attempt this again in 2018.

With more strategic planning and organization, this festival could become a signature event to drive awareness and action to problems plaguing Jamaican farmers.

Check out my short video from Farm Up Jamaica and enjoy my photo gallery below: