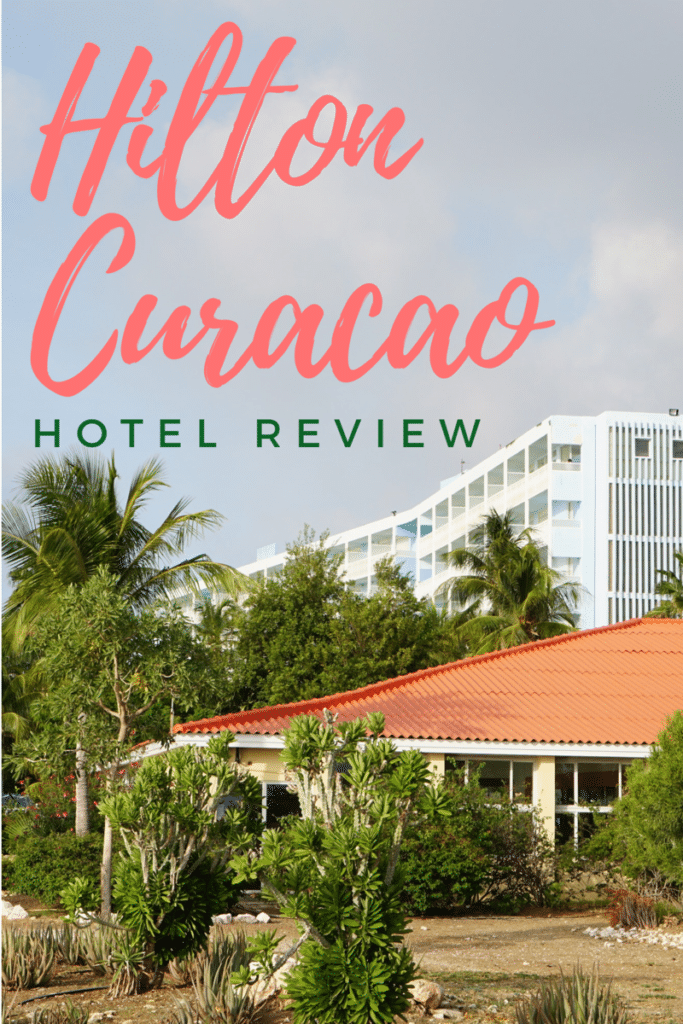 As a Hilton Honors member, I made an exception to stay at Hilton Curacao hotel having heard it was in need of some polish simply because of proximity to the North Sea Jazz Festival.

From outside, you can tell the building has seen better days. A complete renovation would bring this hotel up to the Hilton standard. The open-air lobby is nice. The enhancements made to the grounds and coffee shop are also a plus. For the price, which was over the top and egregiously inflated, they must do better.

Initially, my plan was to use my HHonors for free nights but they didn’t kick in to cover the entire stay beforehand and fearing the hotel would sell out because of the festival, I booked ahead. So, I got a better rate than advertised but still not as sexy as free nights.

Trying to find the hotel from the airport took a while although it wasn’t far. A bit tired, should have researched the location a bit more to have a clear idea of the vicinity. Instead, I looked for John F. Kennedy Blvd which I never saw even after arriving at the hotel. It’s situated oddly. Unless you know Hilton Curacao is in Piscadera (which the woman never said while giving me directions on the phone), you will pass the turn leading off the beaten path every time!

Getting lost was a welcomed adventure. I managed to find interesting beaches and scenic coves while roaming. Even came across my old accounting firm PwC while in the Dutch Caribbean island. Made me feel close to home though clearly far away.

The online check-in was seamless. Selected my oceanfront room prior to arrival but still had to stop at the front desk to check-in again and obtain my key. There was not an expedited check-in process. So, using the online system in advance seemed a waste of time. Keyless entry would be great but Hilton Curacao needs to update this ancient hotel first. Starting with the common areas and rooms.

When elevator opened on the fourth floor it smelled like a septic tank on the entire wing. Several room doors remained opened all day and night. I guess they were common areas for staff. It smelled like a room was dedicated as the smokers lounge. I could have sworn this was a smoke-free hotel. Poor automatic air fresheners in the hallway could not compete with the foul odor saturating the air ranging from shit, smoke, to dampness. The carpet in the hallways need to go. 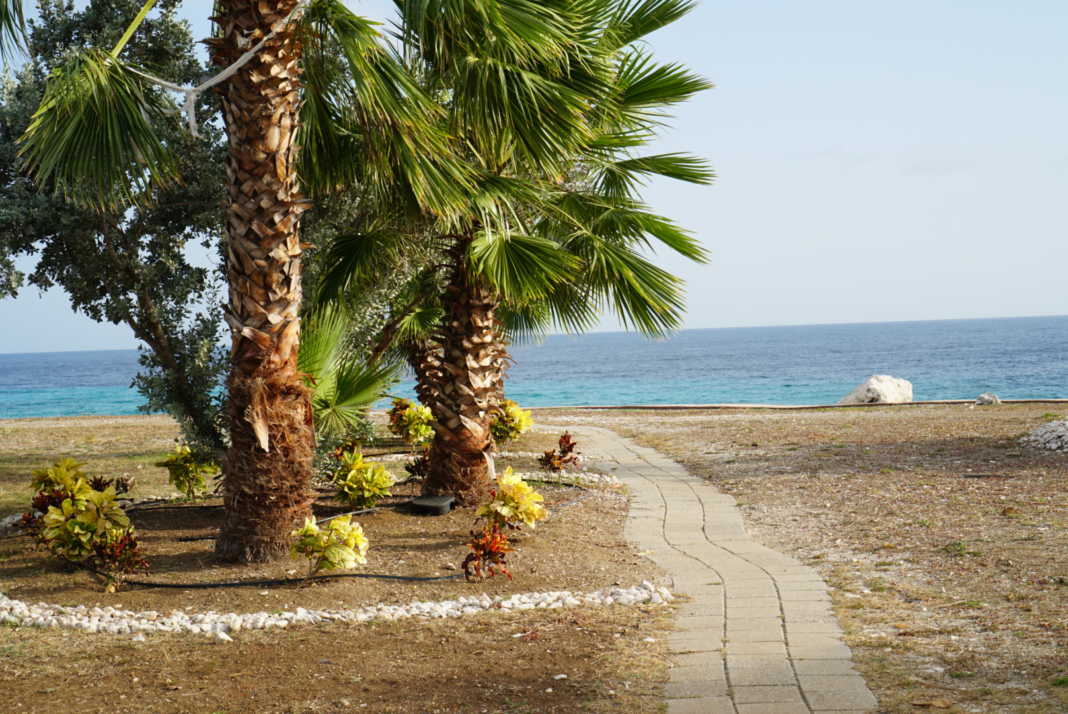 It was okay. Spacious with clean linens. Dated furniture, stained carpet, and damaged/dirty tile needs replacement. Bathroom has a lot of patchwork. The dropped ceiling would benefit if it were knocked out and fixed properly. Upon close inspection, you’ll see where they tried but glossed over touch-ups throughout the room. The best part, the oceanfront view.

The toilet and air conditioner were broke. The girl at the front desk smacked her lips as if annoyed at the maintenance request. However, the engineer came and fixed both. It wasn’t immediately but it was same-day.

Didn’t have any more problems with either other than a strange smell from the air conditioner. I spent most of my trip with the AC turned off.

Bed wasn’t heavenly but they didn’t claim it to be. It’s a bit firm and uneventful. When you roll over to see the oceanfront, that makes up for anything the bed lacked.

There’s a coffee maker and fridge in the room too.

Service was slow as molasses. The food lacked flavor and was really awful and cold. They forgot to deliver my lunch. After calling to inquire an hour later, they finally arrived with a rather disgusting vegetable wrap.

Throughout, service was slow and underwhelming. Don’t get me wrong, the staff are often apologetic. In fact, they say sorry so much it sounds like a greeting. Didn’t feel they were actually sorry but instead interchanged sorry with hello!

Dining at the restaurants was hit or miss. Best experience was at the Italian one. Enjoyed a delicious vegetarian lasagna and glass of wine. The waiter, he was top-notch and on point. And should have been. I was the only patron dining at the time in the entire outdoor venue.

Everywhere else around Hilton Curacao (including the coffee shop), service was slow. To take the order, bring the order (mostly finger foods), and deliver the check was just insulting. I had to get up and find someone to bring me the rest of my food and again to bring me the check. I could have walked off and not paid. They didn’t even ask for my room number. This property needs to re/send their staff to service training pronto. 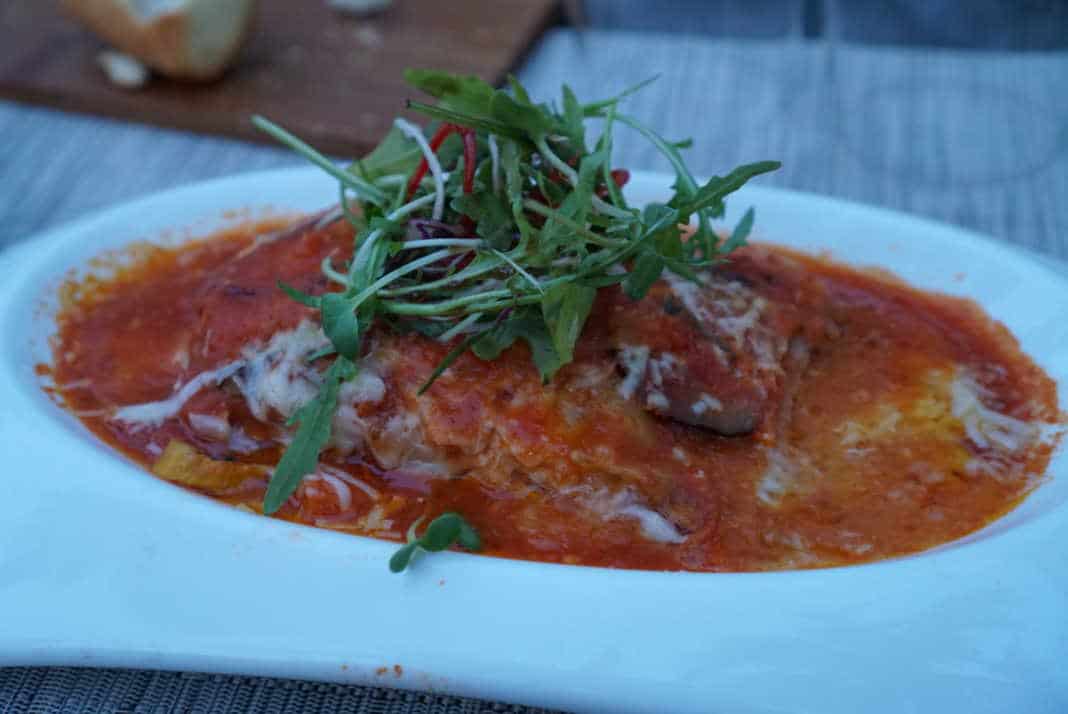 Go out and find yourself a better meal. In fact, never been so happy to see Denny’s. Ever!  Felt violated for the price of breakfast ($25/day), which I thought was included.

The dishes weren’t very clean either.

People complained about the open air and the animals coming in to join you for breakfast but this wasn’t an issue for me. The only thing I noticed is the staff didn’t try to keep the animals away from the food, dishes, serving pots, etc.

Didn’t find many vegetarian options and real poor selection of fruit. Especially for an island destination. The glass of juice I poured smelled like fish. I just put the glass down noticing it, the plates, and surrounding area was not the cleanest.

Hilton Curacao is not paying attention to detail. Last straw with breakfast was cracking open a hard-boiled egg to find it raw. I informed the chef but she didn’t care. Her point proved when she grabbed another egg from the basket and cracked to show it was cooked. That solved for nothing with two runny eggs on my plate. Like I said, hit or miss.

Gym, pools, tennis courts and beach are nice. Never checked out the casino but could see it was often empty. Live entertainment was great but overshadowed by festival music.

Nicest person on the property was Rogerio. Never got to take him up on the Iguana feeding. When I inquired at the front desk they had no clue what I was talking about. By the time I saw him again, it was time to leave. 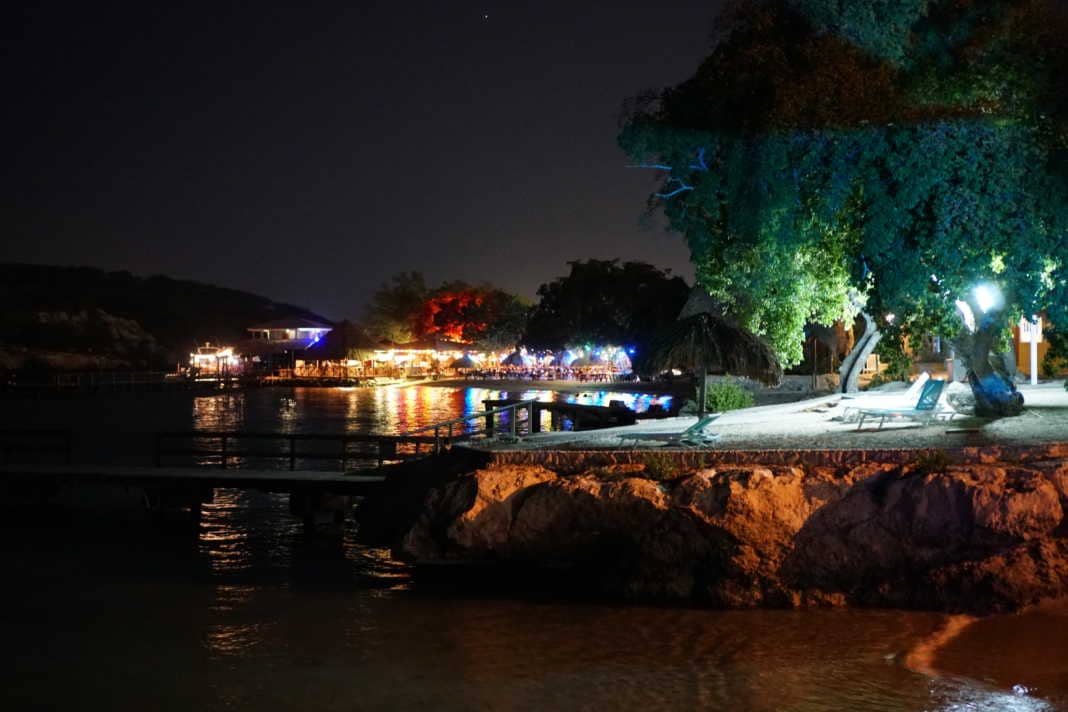 The Marriott next door looks nice.

Safety wasn’t a concern during my stay. If not in town for the annual North Sea Jazz Festival would have checked out and split. It was an underwhelming experience especially for the increased nightly rate that surged thanks to the festivities.

Hilton needs to rethink the categorization of this property. It is well below a category 5 hotel in appearance and service. I wouldn’t stay here again.