A Day in Kampala + Slum Tour

My morning started off with a walking tour of the Kisenyi Slums.

Immersing myself in local culture is always a priority for me when traveling.

Intrigued by the fact that Urban Adventures partners with local slum aid project volunteers to drive awareness to the slums and improve living conditions, I booked the activity.

Urban Adventures offers a walking tour that exposes you to local life and gives you perspective on societal issues some populations face in Kampala. It’s a four-hour tour but mine was just more than half of that plus started late.

The tour started off rocky. Upon arriving to Kampala from Entebbe, the tour operator was inaccessible. Additionally, no one at the designated address had heard of Urban Adventures.

I spent an hour trying to track someone down. Sent numerous emails and phone calls to the contact listed on my confirmed booking.

Eventually, I caught up with the manager who’d traveled out-of-town and forgotten they had my tour scheduled. Upon arrival, I expected to see a group but was the only one on tour.

This was the first time I was a bit nervous as a solo traveler.

First of all, the Uber driver (a new service in Uganda) got lost in a major way.

When he picked me up in Entebbe, he tried to swindle me out of paying through the app. Insisted he never gets paid in a timely fashion from Uber and I should pay cash or wire him money through the telephone service.

I wasn’t doing either.

As a frequent Uber rider, I wasn’t falling for the okie doke. I explained how Uber works and reiterated I would not pay him in addition to or separately from the app.

Little did I know, he turned off the meter in his quest to have me pay him directly. And, I’m glad he did because he was lost for more than an hour driving in circles.

So, I was a bit late to my meeting point for the Kisenyi walking slum tour but turns out it didn’t matter anyway because they’d forgotten about my reservation!

Fortunately, the Uber ride that would have been about $100 USD was only $20 USD because he tried to cheat me and forgot to turn his meter back on.

Unfortunately, I paid for it in roaming charges racking up more than $200 of international data when I had to use my Google map to find my way out of the web he weaved for us.

Guess you can say I broke even. 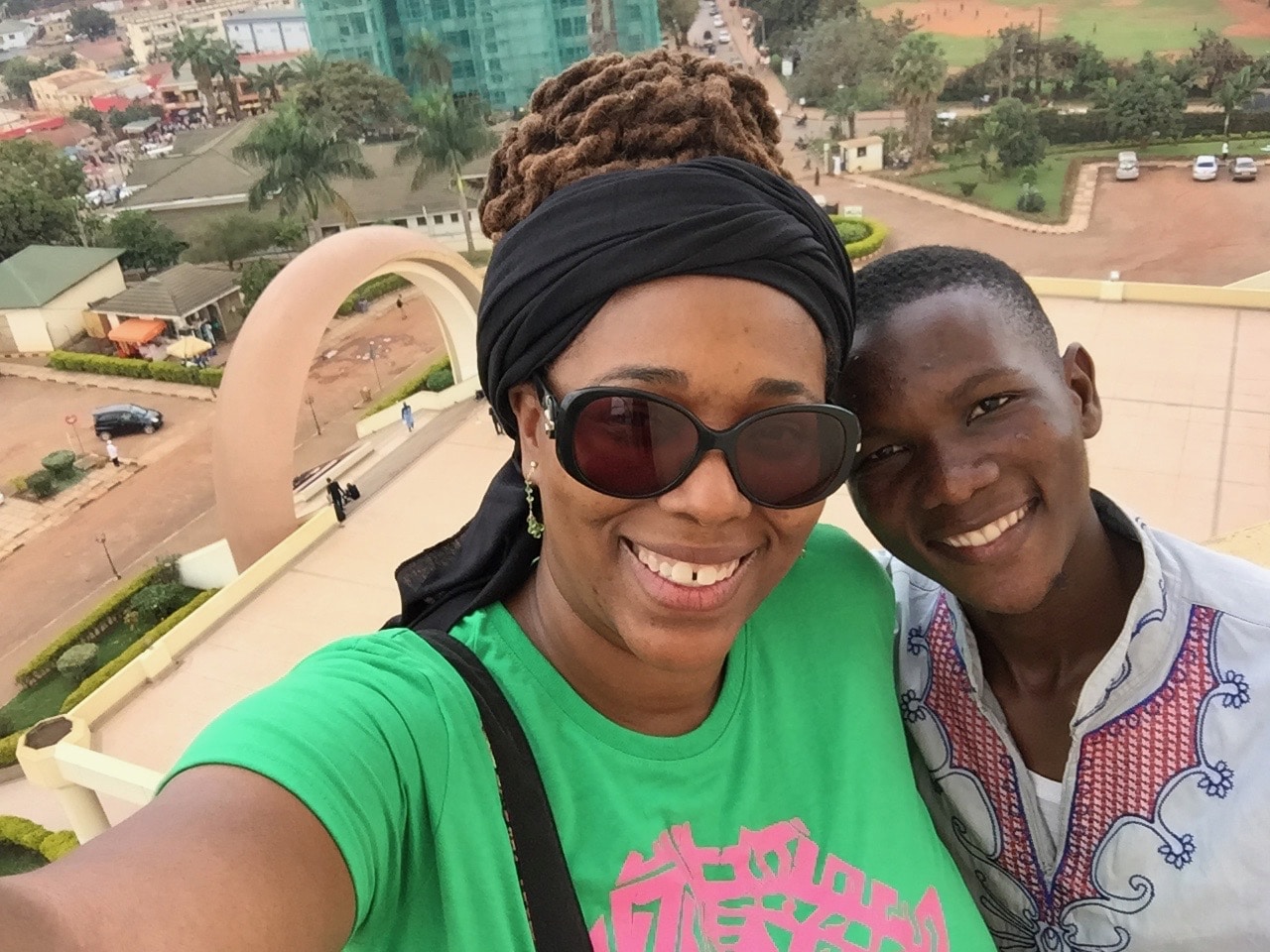 So, about the Kisenyi slum tour.

My guide Musasizi was a cool kid. He studied at the local university and was a pleasure to spend time with. His knowledge of Kampala and overall demeanor was refreshing.

The immersion experience in the Kisenyi slums left me with a ball of emotions.

While I understood the political climate and the role it played in certain populations being underserved, it was disturbing to see poverty like this for seemingly no reason. And, I say this because directly in the midst of all this extreme need is a brand new stadium standing erect. There are other developments being built around the stadium but those in the slums remain neglected. Meanwhile, large homes/estates surround them.

It was hard to wrap my head around how this stretch of area is without running water, clean water, utilities, and shelter with so much development taking place literally steps away.

Yet, the people remain positive and optimistic about their circumstances.

Musasizi escorted me around Kampala. I tasted the local flavor and indulged in the popular Rolex (below). 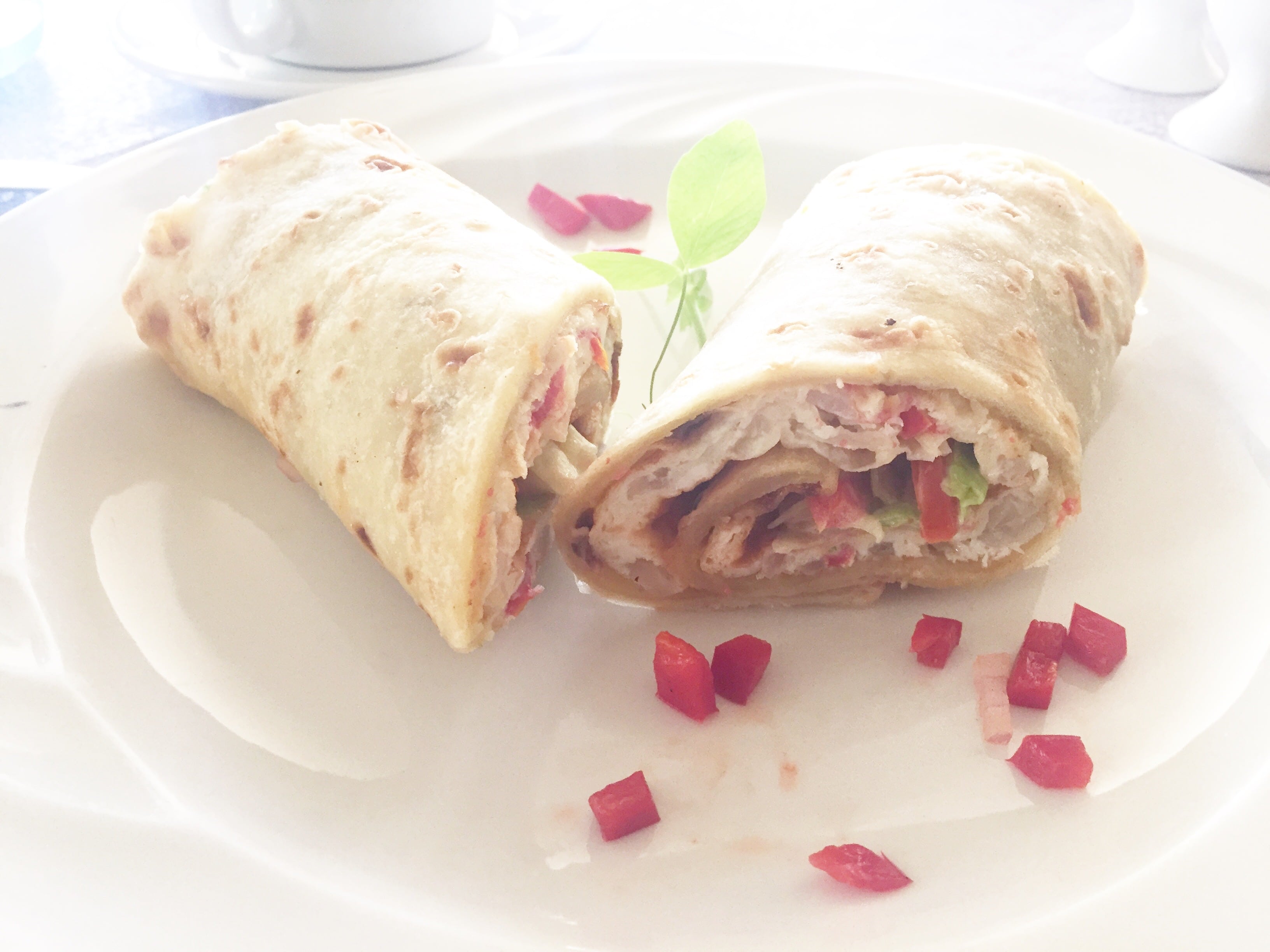 Gaddafi Mosque is beautiful and open to the public as a museum. You need not be Muslim to appreciate the majesty of the mosque. In fact, you don’t need religion at all to enter but you must respect and follow the customs.

Ladies, you need to wear a sarong (or dress), wrap your head and leave your shoes at the door. And, you cannot be on your menstrual period and enter the mosque.

The infrastructure is fascinating as are the views from the tower where you can see the seven hills of Uganda and beyond.

The huge market in Kampala was overwhelming.

Heat, crowd, smell was all too much. Shortly after departing, I took ill on the side of the road. Thankfully, I’d consumed lots of water. So, when I went to vomit in the red dirt lined drain, filled with waste, in the heart of the slums, all I had to give was water.

Passersby observed but offered no assistance. This is one of the down sides of solo travel. When you get sick, you’re reminded you’re really out here in these streets alone.

Since the slum tour didn’t take the full four hours, I sought out something else to do in Kampala. After the long ride from Entebbe, I wanted to maximize my time in Kampala. Thankfully, I stumbled upon Walters Boda Boda Tours.