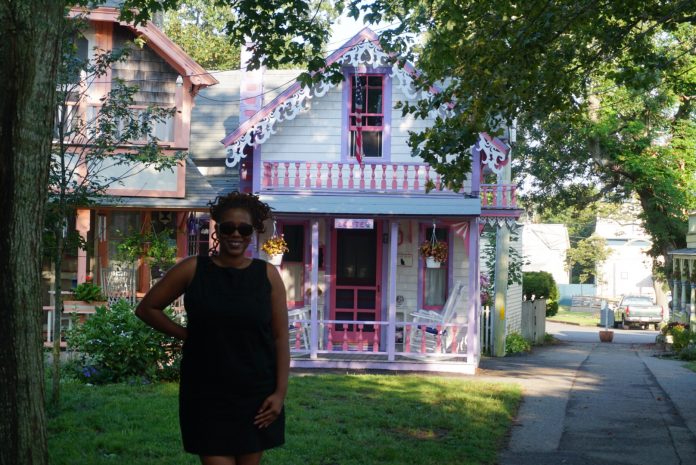 It’s my first time on the Vineyard. While my excitement to bond with my sorority sisters was enough, the ultimate experience would be to see the Obama’s in Martha’s Vineyard.

On a direct flight from New York, I arrived early evening. Just in time to hang out for dinner at Nancy’s Restaurant. A fresh catch of cod and truffle fries satisfied my taste bud. 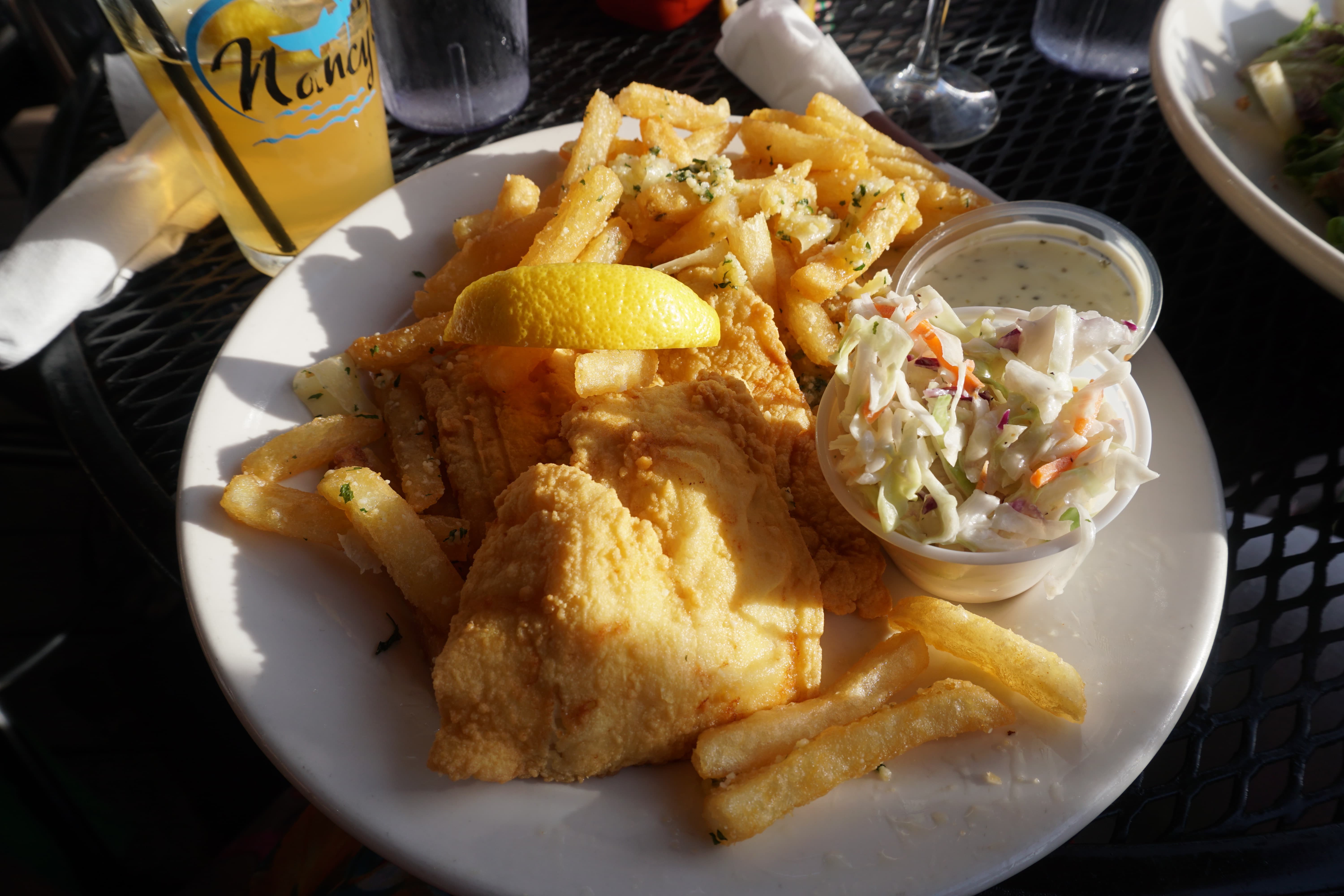 Then, I strolled up the street for a late night rendezvous with a back door donut. I had to find out what the fuss was about. I smelled the sweetness in the air. Like Scooby Doo, followed the aroma to the snacks.

Luckily, the line wasn’t long when I arrived at the back door of Back Door Donuts.

Everyone suggested the Apple Fritter, which is entirely too sweet for me. Instead, I sunk into my happy place with each warm bite of the Old Fashion donut.

Spent the day in Aquinnah at Gay Head Cliffs and Moshup Beach. It’s mostly cloudy but the weather is decent. As a self-proclaimed beach snob, I wasn’t here for the beach but to spend time with friends. We played a fun card game called Have You Ever.  Each player pulled a card from the deck and confirmed if they’ve ever done what’s on the card. The person with the most “shame” at the end, wins the game.

Aquinnah is on the western part of Martha’s Vineyard. The Gay Head Lighthouse dating back to 1796 is your landmark upon arrival.

Having just returned from a road trip to the Grand Canyon, Aquinnah Cliffs felt familiar.

The sediment resulted from six glaciers of red and white clays. Based on my learnings at the Grand Canyon, the color variations speak to the age of the stone. So, with this knowledge in hand, the cliffs are more than a hundred million years old.

Legend says the red coloration of stone is from the blood of whales. The Moshup people carried whales over the cliffs to cook leaving trails of blood which stained the rock. The remains of whales fossilized in the stone. This is a sacred place for the Wampanoag Nation who still reside in the area. 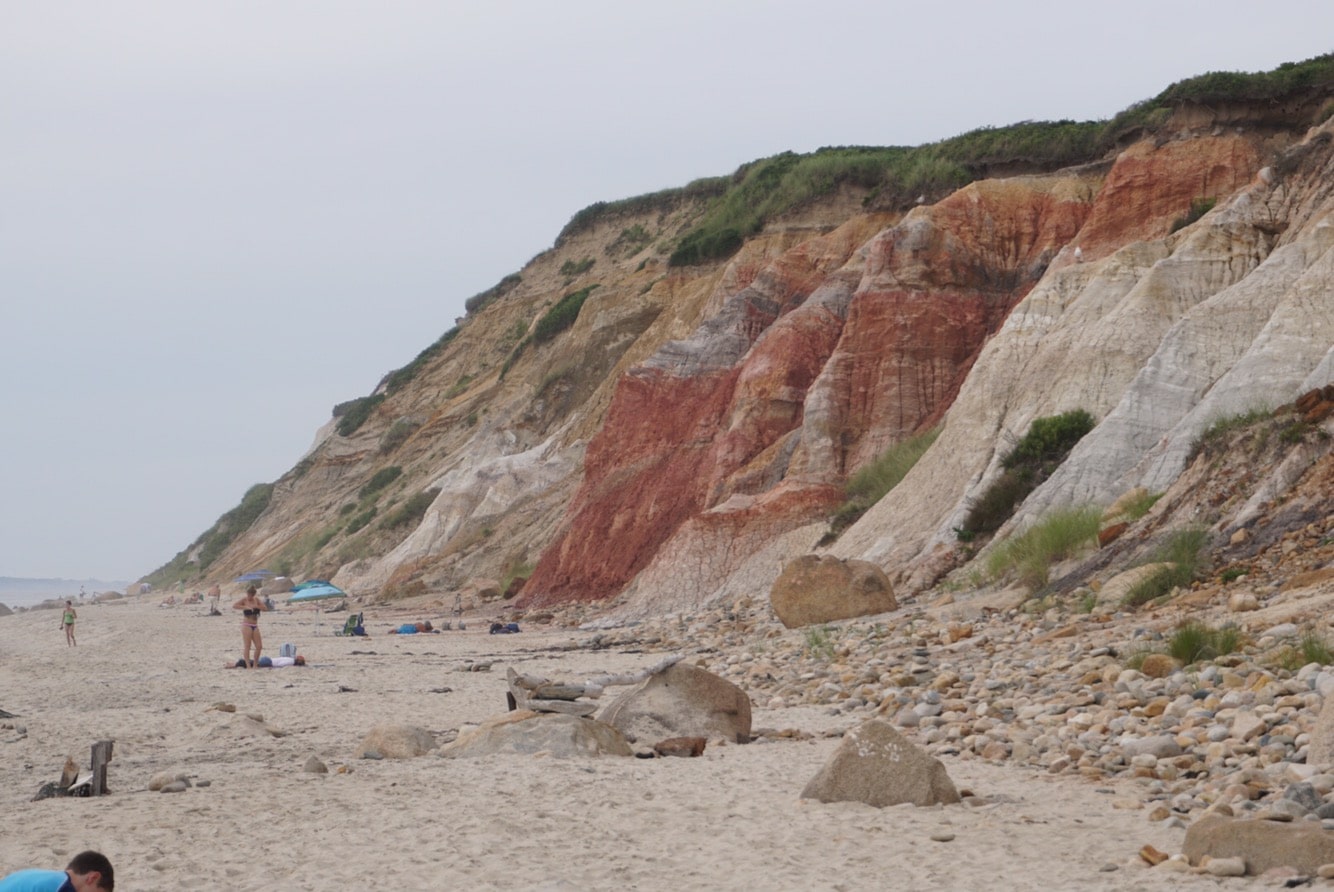 After playing in the sand, stumbled upon Giordano’s Clam Bar and enjoyed a small pint of fried shrimp. Guys, this was the best damn fried shrimp period! 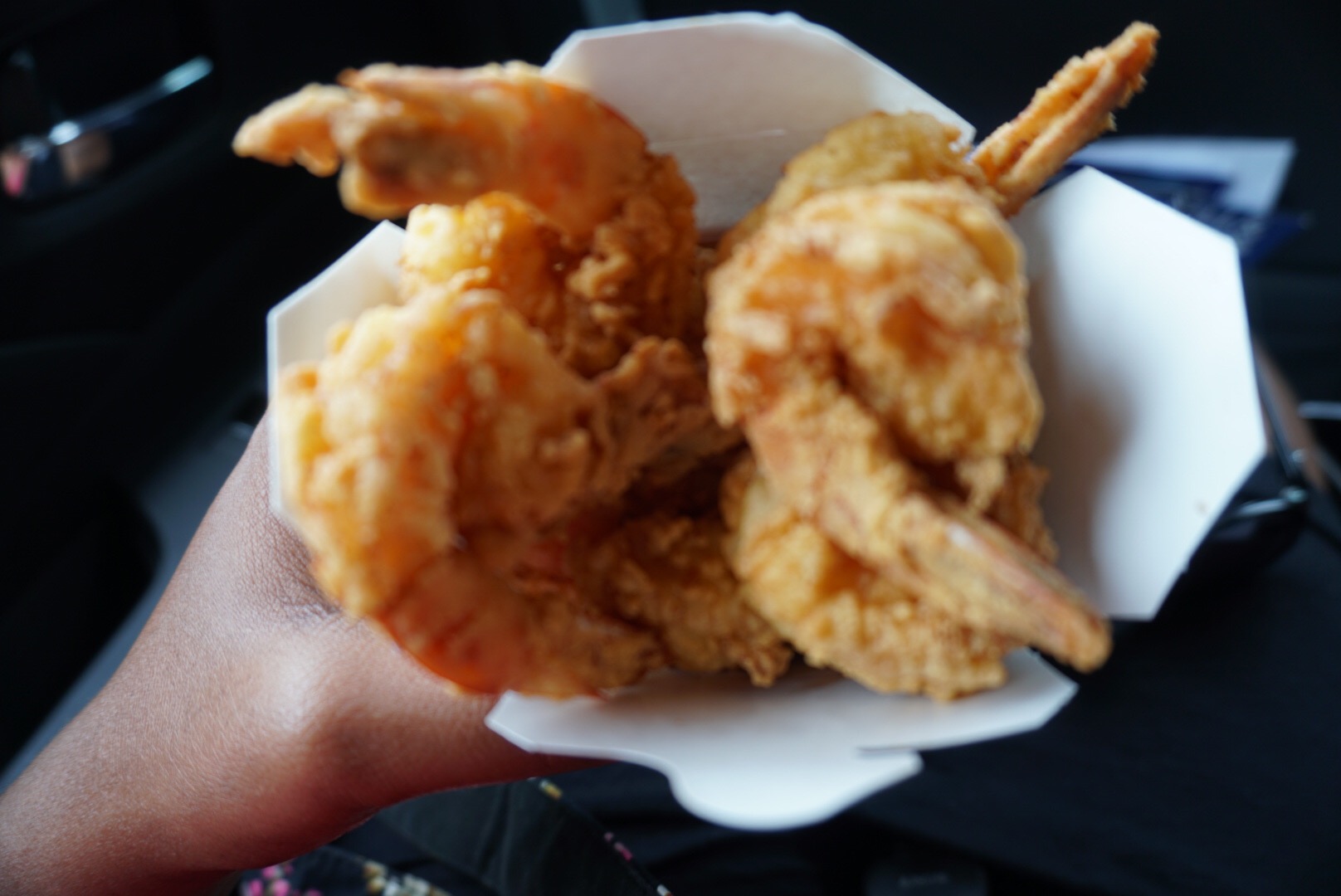 We finished our night at The Black Dog Tavern.

So, this spot is well-known and has a “cult” following. Folks who frequent the tavern showcase their love for The Black Dog byway of their custom apparel. They have tees, hats, and more which feature the year you visited Martha’s Vineyard. While I didn’t subscribe to the fashion trend, most folks walk around with tees and totes portraying the black dog.

If you like lobster rolls, friends say they have the best on the island.

Today is all about catching up on projects! With so much rain and cooler temps, didn’t want to explore much.

By dinner, the rain slowed. I checked out Martha’s Vineyard Chowder Company.

No, I didn’t order the chowder. After eating food I normally don’t, I opted for the arugula salad with caramelized walnuts, feta, dried cranberries, and strawberry vinaigrette. The salad and cranberry mojito were full of flavor. 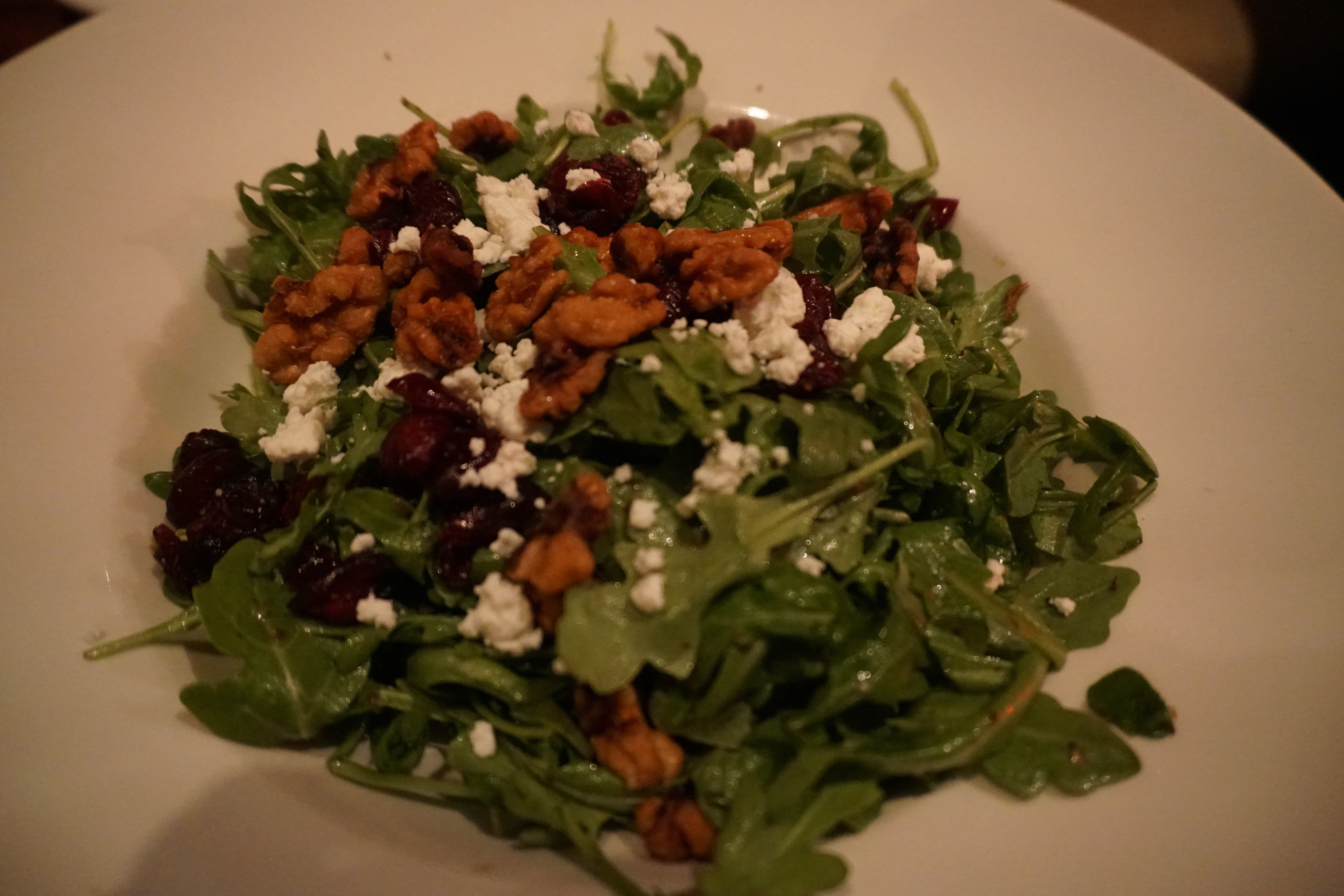 For the nightcap, we went to an overly crowded old school party at the Portuguese Club. This tight clubhouse with a bar and pool tables stuffed with party goers. Since I don’t like a crowd, this wasn’t my favorite thing to do. It just wasn’t enough space to relax.

At this point, I still haven’t run into the Obama’s although friends saw Sasha and her crew in Nancy’s. That said, the highlight was definitely the Gingerbread Cottages.

The well-kept cottages came on the scene in the 1800s and initially served as a Methodist Campground. Now, they’re owned privately and by the Martha’s Vineyard Camp Association.

The intricate detail in the Gingerbread Houses is worth a look. It’s a nice stroll through. I’m glad the weather was right. Tip: get up early (6 am is a great time) to explore the homes without high traffic. By 8 am, everyone is up and at it. It’s nice to see the small town come alive. I was able to take my time checking out homes and caught a group of early risers doing yoga in the park. 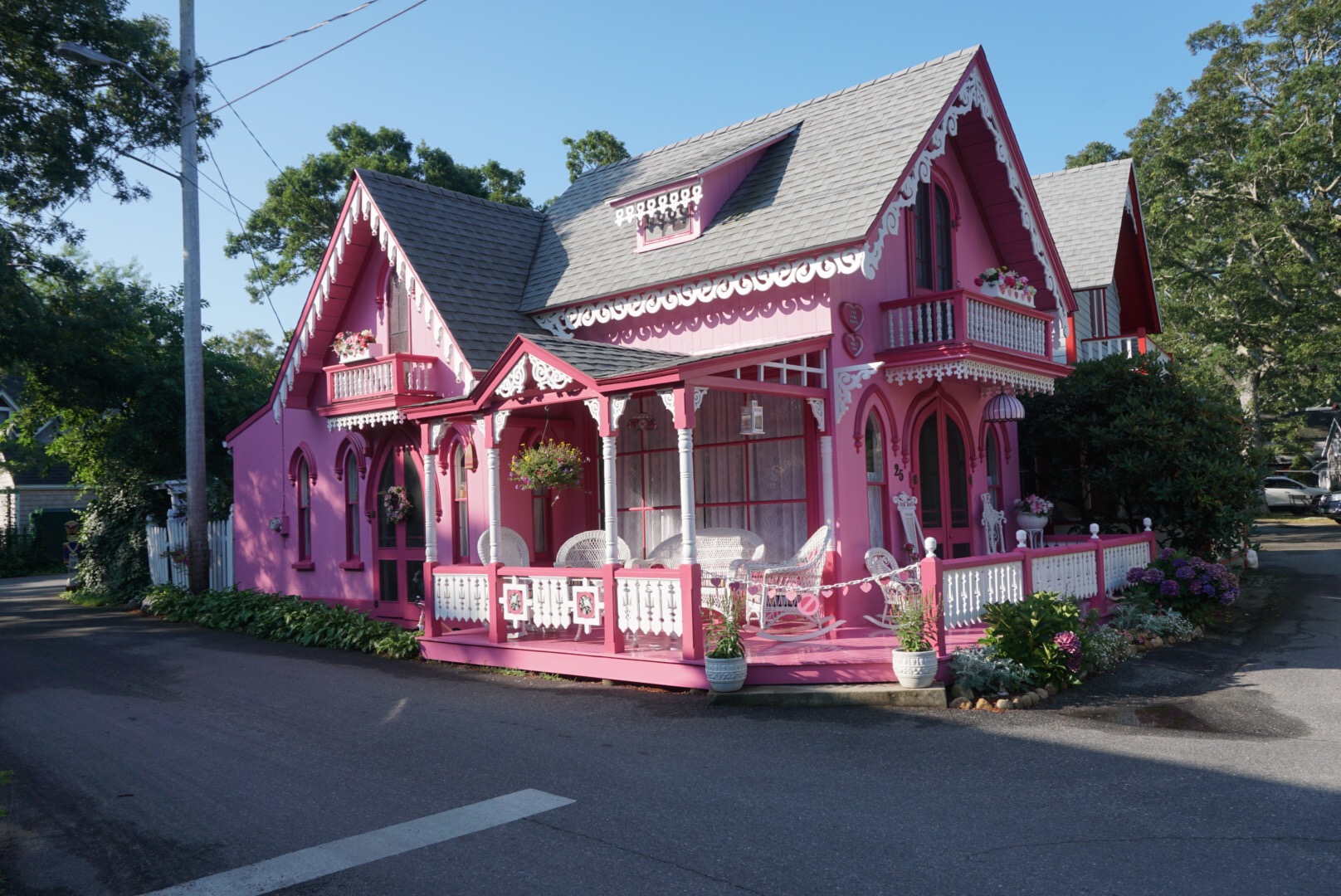 The main attraction tonight is the Grand Illuminations.

This annual event takes place every August within the Gingerbread Cottages. Each cottage decorated in Chinese lanterns and illuminated at the designated hour. The tabernacle shown in the photo gallery is the central meeting spot. Folks come together to Yankee doodle and dance before the illumination.

The crowd is massive. Originally, I thought I’d film the event but after reviewing the footage, decided it wasn’t worth editing. However, here’s a picture of one of the illuminated cottages. Imagine all of the Gingerbread Cottages lighting up one-by-one with unique lanterns at every home.

Some cottages offered punch and snacks as you walked by.

Every year, members of Alpha Kappa Alpha Sorority, Incorporated gather on Martha’s Vineyard. Our annual beach party continues to grow and this year was record breaking. We spent a full day networking, partying, and beaching! 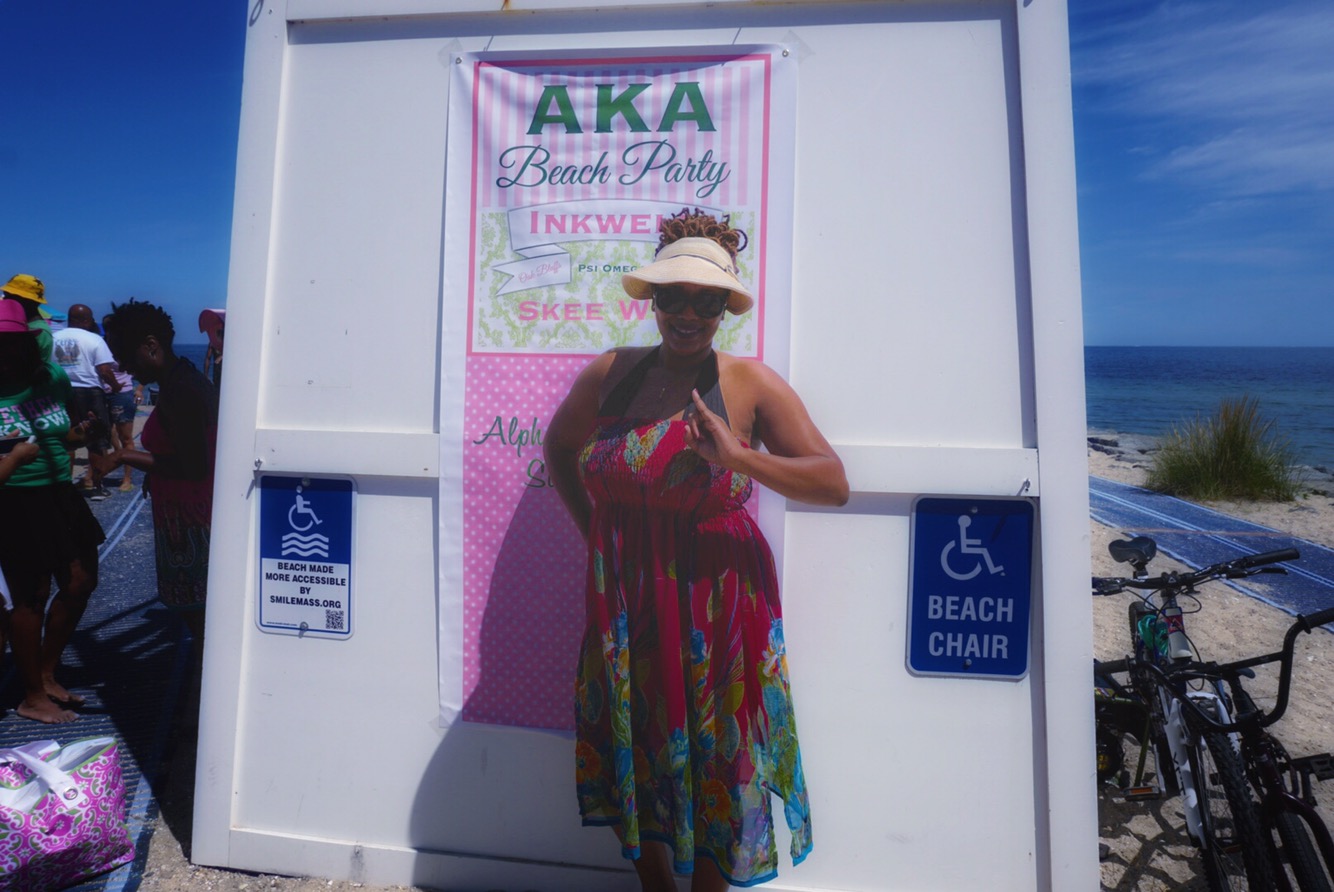 Now, I’m ready to get home.

Took a detour before heading to Martha’s Vineyard Airport to see Menemsha Beach where everyone goes for sunset. It is a decent beach. However, when you’ve seen sunsets around the world, there’s simply no comparison. It’s truly the company that makes or breaks the experience.

Overall, I had a good time in Martha’s Vineyard but not because of the sights. The overpriced food and shops made me think of all the other places I could be. Although, there’s a ton of history on the island to keep you occupied. The key to a great time is having the right mix of friends/family. It seemed safe and kids roamed free without supervision. Marijuana is legal and you’ll smell it everywhere. If I return, it would be to explore other islands outside of Oak Bluffs.

Enjoy some of the photos from around town and dining:

Have you been to Martha’s Vineyard?