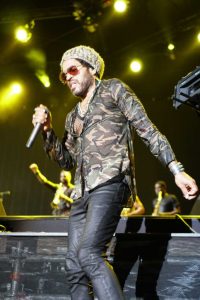 Labor Day festivities kicked into high gear when I met Al Jarreau on my flight from Miami. He was the opening act setting off a weekend long series of “jazz” concerts. Even though I mainly came to see Lenny Kravitz, it was an honor to meet the likes of Al Jarreau in flight. His unique vocals made him critically-acclaimed with numerous Grammy’s to his name and international recognition. He was such a delight and kindred spirit.

The first night the band Kassav’ delivered an eclectic mixture of Brazilian, Calypso/Carnival, and Afro beats to the energetic and tipsy crowd. Most of the songs were in Spanish but that didn’t stop me from crooning right along.

Things got real when Juan Luis Guerra hit the stage! His energy and performance was nothing shy of amazing. Whatever he said, it sounded good. Great actually. Part of me felt shame for losing my fluency in Spanish. That didn’t stop me from doing a cha-cha, a salsa, and a little shake what my mama gave me.

Juan Luis Guerra is bad ass! His floetic style of merengue, salsa, and bachata combined with Afro-pop, jazz, and folk will have your booty moving. Who can stand still with all these hypnotizing beats.

Not only did I leave the pre-show festivities with a few new favorite artists, I recommitted to learning Spanish and downloaded his latest album. Fun times!

A cool breeze covered Curacao but a sizzling hot crowd danced the night away. With so many people standing, gyrating, drinking, and dropping drinks, the air was thick.

The million dollar question was if Chris Brown would make it to the Curacao North Sea Jazz Festival following his legal drama. Not only did he show up, he showed out!

I’m too old for his “drink & f*ck” lyrics but enjoyed his live performance. Chris Brown is a great entertainer. He brought loads of energy to the stage and his dance moves while comical were fun to watch (awesome photo captured of Chris Brown getting jiggy on stage).

Didn’t realize so many men were attracted to and love Chris Brown. Men actually outnumbered women in the crowd and went wild when he came on stage. It was a sight to see! There was a clear shift in the age/gender demographic the hour before Chris Brown was slated to perform. These young gents sang along with the ladies like they wrote every song and choreographed every move. When they tried to mimic his dance moves in the overly tight space, it was all laughs.

Check out Betty Wright and her hilarious performance (snippet below). She’s been around a long time. The mastermind behind many hits old and new. Even Beyonce has sampled music from Betty Wright. So, when she broke into a rap diss about how Color Me Badd stole her music in their hit song I Wanna Sex You Up, no one was ready!

Eventually, she received the recognition and royalties she deserved but her dramatic dedication to this period in history was just too funny.

Branford Marsalis along with Kurt Elling took the stage and made me wish for a split second I wasn’t traveling solo in Curacao for the night. I’m a sucker for horns and when the sax blows, my goodness!!! The sultry tunes combined with the smooth voice of Kurt Elling created such a seductive mood.

Thankfully, Tom Jones brought the Motown, funk, pop, and gospel to the night with his unique style and snapped me out of my love jones. He channeled Elvis Presley (his dear friend) in many of his songs and delivered a bit of rock-n-soul with other gospel hits. It was an intimate performance. He shared songs his late wife loved and his fond memories from his last moments with Elvis. He truly gave his all in his performance. 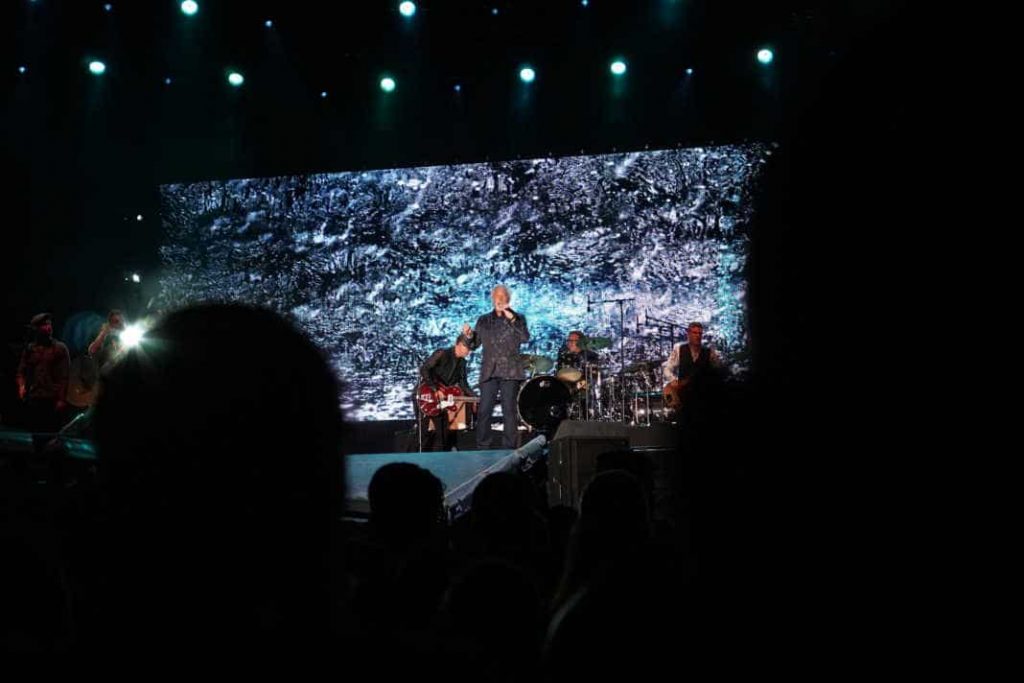 Literally dripping wet, he sang on. After his final act, he came back on stage joined by the band and gave a touching tribute to Prince who I still cannot believe let the elevator take him down.

By Saturday, I was sick as a dog. The fumes from the Curacao oil refinery and the cool night breeze got the best of me. Coupled with sweaty festival shenanigans, a head cold turned into sinus infection, ending in bronchial infection.

So, I wasn’t able to check out Anthony Hamilton whom I love and understand has new music out. I caught a glimpse of Michael Bolton as I walked to take my place center stage in anticipation of Lenny. Michael Bolton looks great by the way.

Back to Lenny. It would have taken an act of God to keep me away from the reason I traveled to the Curacao North Sea Jazz Festival in the first place. I spent much of the day in bed resting and attempting to heal myself on Dutch medications so I could stand long enough to rock out to Lenny Kravitz. And, that’s just what I did.

After Lenny Kravitz performed, bailed on Charlie Wilson who started his concert right around 1:00 a.m.

Overall, the North Sea Jazz Festival was a fun experience but I wouldn’t do it again. The lineup this year wasn’t the best and a number of cancellations and performance changes marred the experience.

For example, Al Jarreau’s concert was changed from Thursday (which I purchased as an “extra” ticket for) to Wednesday. Had concert goers not met him on the flight, we never would have known. The jazz festival had an app but it wasn’t pushing out alerts. They should consider this feature for future so people are alerted to stage, venue, and performance changes more timely.

I’m told by regulars that the lineup in prior years was much better. After taking a look at the performers of years past, I’d agree.

In the midst of one of the performances I concluded I don’t like outdoor festivals and concerts so much these days. It’s tough to stand all day/night and not have any place to sit. You can’t bring your own chairs or blankets to sit on the ground although I noticed several people had chairs anyway. Maybe they claimed to have disabilities and exceptions were made but it was clear there wasn’t consistency. In all fairness, a few seats were offered way in the back so you could sit back there and listen but wouldn’t see much. Same for the handful of bleachers along the sideline.

They tried to give me grief about my camera at the checkpoint even though it met the specifications listed on the ticket. Mind you, everyone was recording and shining their cell phone flashlights into the faces of the artists, which is why cameras were supposedly banned. Seems like phones are more problematic than cameras but I digress. I was able to get in with my camera and snap some amazing photos so check out the gallery below.

Logistically, it was a bit of a nightmare. Having to exchange your cash for tokens in order to buy food and drinks was a headache. I understand the carnival concept. You don’t want volunteers stealing money but there has to be a better way or maybe not.

Timing and location of stages was interesting. I would have preferred an earlier start than run so late into the night/morning. Especially for the Saturday show.

For $430 Euros for the weekend concert package and even more for subpar hotels and service, I’d definitely pass up the annual North Sea Jazz Festival next year.

What are your thoughts on Curacao North Sea Jazz Festival?