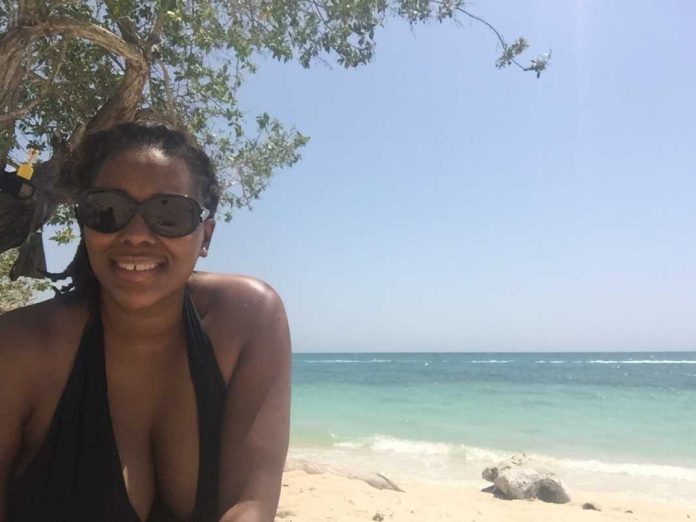 Having been on many beaches across the world, most of which have been private, I’ve turned into a beach snob (but in the best way, I promise)! So, when I touched down in Colombia and heard they had some of the most beautiful beaches in the world, my expectation meter set on high. It wasn’t long before I hit the reset button.

The public beaches are just that. Public, overcrowded, and unsanitary. This is fact, no snob. Everyone in Cartagena will encourage you to book a tour to see one of the “private” islands which are just what we did. I’d been on TripAdvisor and I saw the mixed reviews. Honestly, I could have done without the trip to the Rosario Islands (and the rest of them) during my visit to Cartagena. I simply wasn’t impressed.

Upon arrival at Rosario Islands, you must walk down a steep hill which is reminiscent of a landfill. It’s dirty and shadowed by a putrid stench. Hiking down this treacherous path, you’ll pass vendors selling a variety of items. By the time we reached the beach, it was full gridlock. There were so many people, we could hardly see the sand.

The “crystal clear” water bragged about was a slight brown. It appeared polluted and probably was given the overabundance of people. Luckily, our tour guide arranged for us to take a very small boat five minutes down the island to a more secluded area of the beach. Again, not impressed but relieved the number of people decreased by more than half on this end.

There’s a hostel on the beach which seemed pretty cool and a few dining options. We steered clear of all of them as they didn’t have running water. No running water equated to a sanitation issue as the restrooms didn’t have plumbing either.

Several people had permanent residence on this beach. Makeshift ovens and kitchen sinks built out of tree limbs and random debris brought it all together. The water was supplied by the ocean and tents and campers lived it up with Bob Marley shirts hanging from the trees.

Unfortunately, we were stuck on the beach for five hours (part of the tour deal) so we observed those that lived on the beach actually bathe in the water, take a dump in the water, and then catch dinner from the water, which was subsequently cooked on the makeshift stove. Everyone said that the debris had drifted on but I couldn’t convince myself to get back in the water after seeing this. I laid in the sun and obtained a tan that would take six months to get rid of.

As I lay, I noticed a soldier in the bushes directly behind the kitchen area of the beach and dogs barking not too far from my head. It startled me as he was camouflaged with the trees. Later, learned that the islands have government protection as this area is regulated as a natural park. It’s my understanding that both public and private islands must pay rent to the government and private property in the islands does not exist.

With so much time to kill, we were still around when the hippies went back into the water, caught some lobster, and grilled it for dinner.

The natives boast an unforgettable experience and it certainly is. There was a lot of trash on the beach and in the water. I was beyond grateful for my beach shoes.

I hear Medellin has better beaches. Have you been?

Top things to do in Cartagena!