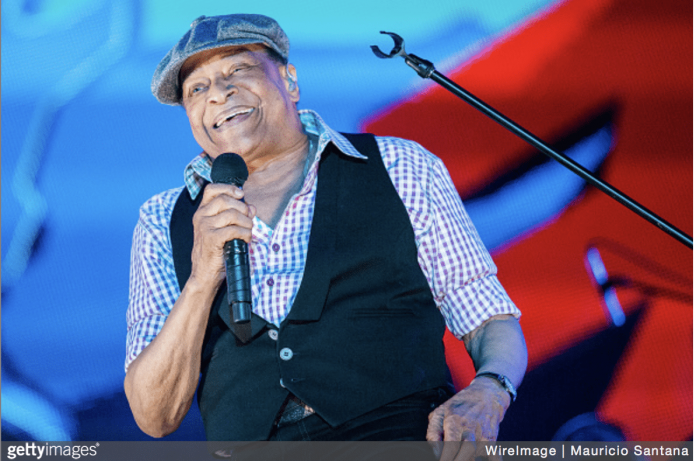 Rewind back barely seven months ago and I was sitting next to Mr. Jarreau in flight from Miami to Curaçao for the annual North Sea Jazz Festival where he performed.

He was kind and gentle. Soft spoken. It was a pleasure to meet him.

His unique vocals placed him in a league of his own. Critically acclaimed and numerous Grammy’s to his name led to his international recognition.

There was such a delightful and kindred spirit about Al Jarreau.

Had it not been for his candor many concert-goers would not have known his performance moved up a day since the festival had yet to notify attendees of the schedule change.

Thankfully, Al Jarreau informed us of the change in-flight. So, we were able to attend his performance. And, what a special night.

It was magical. Didn’t realize it’d be one of his last performances.

Al Jarreau appeared exhausted in flight but had a strong spirit. I admired his tenacity to continue touring and sharing his music with the world at his age. He didn’t have to.

Everyone was eager to see him perform and who wouldn’t be. I can only imagine the constant demands placed of the soulful jazz singer. Which is why his announcement that he was retiring just days before his passing touches deep.

I sensed fatigue back in September. While others urged for selfies and photos, I took a mental picture of my experience instead. Life is about moments, not photo ops.

His family and friends are in my prayers. Thank you Al Jarreau for our brief yet cherished encounter flying high above the Caribbean sea. May you rest eternally in paradise. Your music and legend will continue to live on and inspire us.

Support and learn more about Al Jarreau by visiting the Wisconsin Foundation for School Music. There’s a touching tribute in honor of Al Jarreau from when he received his lifetime achievement award shortly after we met.